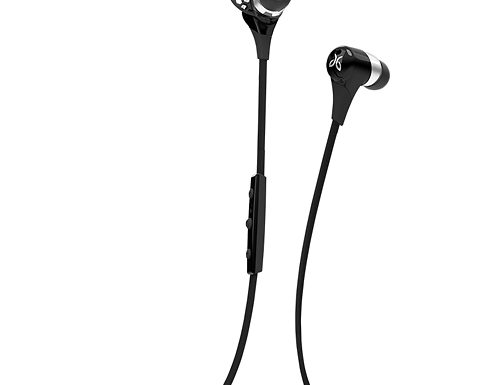 In September 2008, I reviewed the Jaybird JB200 Bluetooth headphones to great disappointment. Just over 4 years later, Jaybird released their latest model, the Jaybird Bluebuds X, with some pretty impressive claims on sound quality, fit, and battery life. The cord on my Klipsch S4i Rugged headphones are my only complaint with them, but it’s a big one. So I found a nearby Bestbuy that had the Bludbuds X in stock and picked-up a pair to see how the new model stacks up.

Update 18-March-2013:  An hour and twenty minutes into my run, my headphones died – permanently. The battery was well over 50% charged. I could not get them to turn back on. I plugged them into the charger, and the green LED illuminated, suggesting that they were already fully charged, which could not be the case. Even with the green LED illuminated, they refused to turn on.  Obviously, this is very disappointing. I’ll e-mail Jaybird and hopefully get the issue resolved.

Update 20-April-2013: Jaybird never responded to my e-mail so I called them. They said they would replace the headphones under warranty but that I had to provide a receipt. I told the representative that the headphones were purchased by my mother from BestBuy as a Christmas present and that I didn’t have a receipt. He suggested that I have my mom go to BestBuy with her credit card to see if they could print another receipt. I asked why my Mom should have to spend an hour of her time getting a receipt because JayBird made faulty headphones. I was then told the receipt was needed to make sure the product was under warranty. I responded that the product had only been released for 4 months so it had to be under warranty. I was then told that the receipt was required to make sure the headphones weren’t stolen. I stated that was a ridiculous policy that was very customer un-friendly, but decided additional debate would be pointless. I then stated that BestBuy would likely take better care of me than Jaybird. The representative agreed that I should buy a new pair and return the old pair, so I did. I assume the defective pair was returned to Jaybird by Bestbuy. I’m very unimpressed with Jaybird and their unwillingness to help customers. BestBuy took care of me.

Update 20-June-2016: My headphones failed again after they died during a run and would not power back on. Jaybird replaced them under warranty.

When out for a run, the lack of a cord is fantastic. Being able to change my shirt or put my back over my shoulder without pulling the cord is more of a joy than I thought it would be. It solves my first-world problems. But, it’s a trade-off between the annoyance of a cord vs. the annoyance of the occasional drop-out when around other wireless signals such as WiFi. And I’m surprised that I’m willing to live with that trade-off.  For critical music listening, I still prefer my Klipsch S4i Rugged headphones, but when exercising (which in when I used my earphones the most), the Bluebuds X rule.

If you’re having issues with your Bluebuds X, this Factory Reset procedure might be the solution. To perform a factory reset on your headset you will first need to get them into pairing mode by holding down the middle button until you get the alternating flashing RED and GREEN lights (some users report having to initially hold down the volume + and volume – buttons instead.) Once in pairing mode, press and hold both the volume + and volume – keys at the same time until you see an orange flash and a beep (for about 8-10 seconds). The orange flash indicates the reset was successful. This will reset them to factory condition wiping out any software issues and allow them to operate normally again. Once reset, any info they’ve stored previously will be deleted. You will have to delete the Bluetooth profile from your device and re-connect them like new.

What Should You Buy Instead?

The endless complaints in the comments on the poor reliability of these headphones make them hard to recommend. Given the high price and poor customer support, I high recommend going with something else. Here are two different options:

2017-03-31
Previous Post: Apple TV Screensaver Will Not Display Entire iPhoto or Aperture Library
Next Post: Why I Canceled My Tesla Model S Reservation